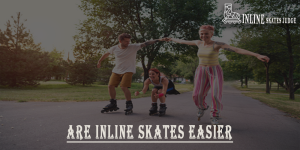 Whether you practice inline skating or roller skating, you must have wondered at some point whether inline skates are easier. We asked some of the experts and put together a comparative guide for you to find out on your own. Are inline skates easier? You are about to find out!

Let’s begin with the major differences between roller skates and inline skates.

Roller skates have been designed in such a way that they have wheels aligned on the right and left of your foot’s center which gives you greater stability and allows you to stand upright very easily. Since they are a lot more stable, they are clearly the better choice for beginners as they will find it easier to maintain stability and skate around slowly.

Another thing about roller skates is that they require lesser leg muscles in order to maintain balance. Now, children are still in a growing stage and not all of their muscles are fully developed and so they might find it easier to stay upright on roller skates.

On the other hand, inline skates are much better when it comes to negotiating obstacles and moving in various directions. You will discover that it is much easier to just switch up the direction of inline skates. Weaving the blades in and out is much easier as they come with narrow wheels which have been properly arranged in a line. Your feet will firmly stay on the ground while you skate around. Roller skates are much harder to weave around in as the wheels sometimes get stuck.

Let’s talk about the brakes of the two. In case of inline skates, you have to press on your heel and at the same time extend your leg. This is easy to do as it is a more natural motion. This might prove to be easier for skaters as compared to roller skates which come with front brakes where you have to apply pressure and drag your foot simultaneously. However, it is also a matter of personal preference.

However, if you are just starting out, you will find both of these skates to be a little tough as they require you to balance on moving wheels and bend your knees a little while you move. Both of these skates do not have huge differences and both of them require you to practice a lot if you plan on becoming an expert. Roller skates might be easier in the beginning when you just want to move slowly but when it comes to moving freely in all directions, inline skates should be our go to.

Learning how to stop

The brakes are fitted at the back of the shoes. If you want to apply the brakes, you need to squat down a little and lean your torso forward in order to maintain balance. Now, extend one leg out and let the brakes drag on the floor.

This feels much more natural as you do a similar movement when walking around normally. You apply pressure on your heels in order to put your foot forward. For this reason, applying brakes on inline skates might feel easier.

The brakes have been placed near the front. To apply the brakes, you have to drag your leg from behind you in order to allow the brakes to rub against the ground. This is not a very natural motion and so you will find it a little harder to learn. However, most beginners still manage to learn it within the first week of practicing.

If your inline skates do not have brakes then you will find it much harder to stop them. Ibn this case you have form a T-shape with your feet by dragging one at right angles behind the other. When you do this, the wheels’ bottom inside edge acts as a brake. Even though it is not a very natural movement, you can master it with practice.

You may use both of these skates both indoors and outdoors. However, some terrains may feel easier with one pair rather over the other.

Small stones might get stuck between the wheels of inline skates as there isn’t much distance between the wheels. This might cause you to trip and fall. However, it is these same narrow wheels which make it simpler to dodge small objects.

We have discussed the major differences between roller skates and inline skates and we have tried to explain their pros and cons. Are inline skates easier? Well, it depends where you are skating and what is your level of expertise. Inline skates are easier when skating outdoors. Let us know if you have any other questions.

1. Is inline skates good for beginners?

Answer: Yes, inline skates are quite versatile and so with a little practice beginners will be able to learn quickly.

2. Is inline or roller skates easier?

3. Are inline skates harder to learn?

Answer: No, both inline skates and roller skates come with their own set of challenges.

4. Which skates are better for beginners?

Answer: Beginners should start out with skating on roller skates indoors and then move on to inline skates outdoors. 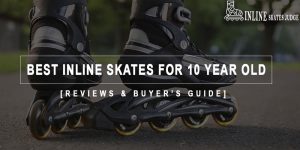 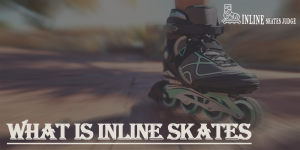 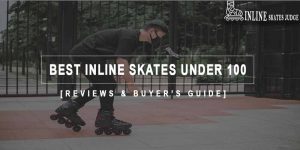 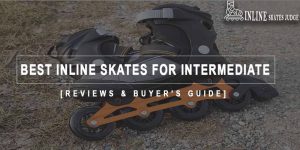 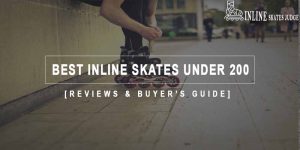